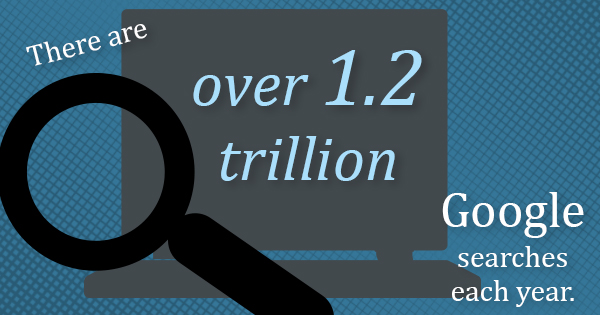 Regardless of whether or not you’re ready for 2015 to come to an end, there’s no denying that right now is the perfect time to look at how your business’s search engine optimization approach is working and how it can be improved for 2016.

There is always plenty of speculation about which updates will have the greatest effects on webmasters and which issues Google will likely address in the year to come; while this speculation can be really interesting for anyone interested in SEO, it can get a little too complicated for the average small business owner.

That being said, it’s important to make sure that you’re putting enough emphasis on improving your search engine optimization strategies. As a recent Search Engine Journal article stated, there are over 1.2 trillion Google searches each year, which equates to 3.5 billion searches on a single day and 40,000 searches in just one second. With that in mind, it shouldn’t come as a surprise that 80% of internet users regularly use search engines, and 40% of internet users across the globe have made at least one purchase online! Like it or not, search engines already heavily influence on your business and this influence is only going to increase.

So what can you do to prepare your digital marketing strategy for 2016? The experts over at Forbes recently posted an article on search engine optimization trends that will likely disappear from digital marketing strategies by this time next year — so let’s take a quick look at some of those trends that would have the greatest impact on your business:

So now we’d like to hear your thoughts on the matter — what trends do you think we’ll encounter during 2016? What are you doing to review your own SEO strategy?