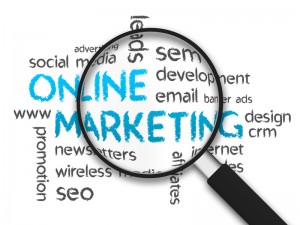 How many times in the past six months have you heard someone utter the phrase “Let it go!” and you immediately cringe, while you realize that Disney’s latest cinematic soundtrack from the movie ‘Frozen’ will be stuck in your head for the rest of the day. Even if you haven’t seen the movie yet, it’s highly likely that you’ve seen a multi-language YouTube video of “Let It Go,” or a viral video posted to your Facebook feed where an adorable couple lip-syncs the song in the car (usually with their less-than-amused child sitting in the backseat).

But would you believe that Disney knew you’d have these songs stuck in your head? That these songs were included in ‘Frozen’ not just because little kids would enjoy them, but because Disney had a larger digital marketing strategy in mind?

That’s exactly what Business Insider contributor Lara O’Reilly is saying. In her recent Oct. 16 article, she notes how ‘Frozen’ achieved acclaim largely because audiences of every age and every background could access clips on YouTube. The parodies coming from the movie’s soundtrack were funny enough that viewers wanted to share them with friends on Facebook and Twitter. Rather than pumping funds into a marketing campaign to generate excitement for the movie’s initial release, Disney simply waited for viewers to create and sustain a marketing campaign.

It’s pretty brilliant when you think about it. But it was only successful because Disney was already a very public company before ‘Frozen’ came out. Perhaps another big corporation could replicate Disney’s success, but what can small businesses take away from this?

The biggest lesson is this: a solid digital marketing strategy and a commitment to providing high-quality, “share-able” content are both absolutely essential to a business’ success. Why? Because the business merely has to set the stage, like Disney did with ‘Frozen,’ and let the consumers take care of the rest.

When you take a modern web page design that is mobile-friendly and add it to unique content creation, audiences beyond the normal targeted demographic are more likely to access the content and share it online, thus providing the business with integrated digital marketing strategies that make the business more “Google-able.” Even if the business wants to focus on local SEO services, as many small businesses do, providing online audiences with multiple pages of engaging content is imperative for achieving a better search engine ranking.

Small business owners might not be able to create a digital marketing campaign that results in millions of YouTube video views and parodies, along with a catchy jingle or catchphrase that everybody recognizes. That’s okay. A successful digital marketing strategy doesn’t have to be exactly like Disney’s ‘Frozen’ marketing campaign; rather, it should be custom-created to fit that business’ needs and the consumers’ needs.

Regardless of the strategies used, a small business owner should never let go of a digital marketing campaign. Internet marketing is only going to become more important in the future — Disney definitely proved that point.